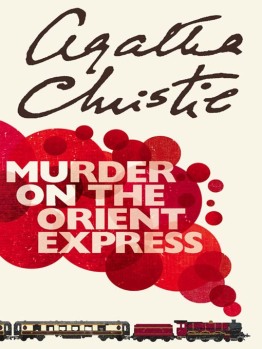 As my brain was still swirling with post-Satanic Verses thought last weekend, I decided that it was time to relieve my mind of confusion and read something much lighter! Although a murder mystery novel is hardly ‘light’ in terms of subject matter, Christie’s writing style is so simple and methodical that Murder on the Orient Express was immensely readable from the start. When I was a child, I loved the Famous Five and Nancy Drew books, so I had no doubt that I would find this equally compelling. Journeying to Manchester to celebrate my friend’s 30th birthday gave me plenty of time to read, so I began it on the train, then became so absorbed in it that, after checking into my hotel, I ended up going to the Cornerhouse café to read more whilst waiting for the rest of the party people to arrive. If you ask me, a good brew and a book are always a winning combination (even if that does make me sound like an OAP!).

The basic plot of Murder on the Orient Express, written in 1934, is as follows: Hercule Poirot, the famous Belgian detective, is hurrying home from Syria after a telegram notifies him that there’s been an important development in a case he’s been working on. When the train he is travelling on (the Orient Express) becomes stuck in a snow drift and the man in the compartment next to Poirot is found dead, having been stabbed numerous times, Poirot must attempt to solve the murder mystery with the help of only two others: his old friend, Monsiuer Bouc, a director of the train company, and a Greek doctor, Dr Constantine. Narrowing the suspects down to the other passengers in his carriage, Poirot employs logical methods to ultimately deduce the identity of the murderer, interviewing each of the suspects, listing the evidence, and discussing his theories with his friends at regular intervals. 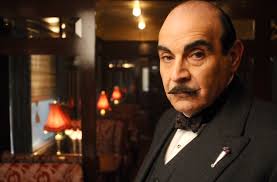 What I found particularly interesting about this book was the use of negative stereotypes about race in the formulation of theories, particularly stereotypes of the English. On numerous occasions throughout the book, characters describe the English as cold, reserved, unapproachable and incapable of feeling, with Poirot’s first encounter with English people on the train resulting in his observation that ‘True to their nationality, the two English people were not chatty.’ Later on, I was amused by the assertion that the crime of stabbing someone multiple times was uncharacteristic of an unfeeling English person, but seemed more likely to be the crime of an Italian due to their passionate natures! Christie’s constant use of stereotypes are clearly a device to escalate the complexity of the plot and mislead the reader into making assumptions about characters. Whilst these generalisations are consistent with old-fashioned ideas about race, I doubt that modern crime writers would allow their detectives to think/voice such blatant racial stereotypes nowadays however! 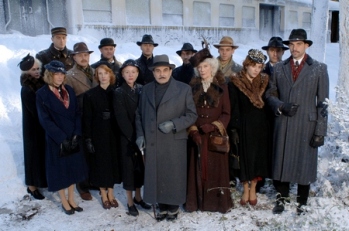 Although the novel isn’t scary, I did get a little jumpy when reading it at the hotel before my roomie arrived. Every little noise outside seemed amplified, and I became very conscious that, like the passengers on the Orient Express, I was in a little room on a corridor full of strangers who could potentially be murderers! A bit of nervous agitation can only be a good sign in a crime novel, however, reflecting how convincing and absorbing the plot is. Christie’s writing style may be quite simple, but it suits the genre of the book, allowing the reader to focus on the happenings on-board the Orient Express and attempt to come to their own conclusions about the identity of the killer. I am pleased to say that, with the help of a diagram of the carriage layout and constant repetition of the evidence, I correctly guessed who the killer was about forty or fifty pages from the novel’s end. Without going into too much detail, the ending is very interesting, provoking the reader to question the effectiveness of the justice system and ponder upon issues of ethics and morality.

Ultimately, I’d describe Murder on the Orient Express as a vastly enjoyable read that works the brain without overworking it. On the basis of this book, I will definitely be reading another story about the Belgian detective, and may even watch the TV adaptation too (previously I’ve only ever seen snippets of it)! What’s more, I think I may read some modern crime novels; Agatha Christie and Poirot seem to have given me a hunger for murder mysteries!