Inspired by an article I read in the Guardian (see link below), I thought it was finally time to write about a subject I spend most of my time immersed in- children’s literature. As my job involves facilitating shared reading groups with young people (mainly secondary school students, as I feel less likely to want to throttle someone in that setting and also, for the most part, I quite like working with stroppy teenagers!), reading copious amounts of children’s/young adult books is a necessary part of my role. Whilst I am by no means an expert in this area, I do like to think that I’ve acquired a bit of knowledge about what constitutes a good story for young people. Writing about it during my week off work is probably not the best form of escapism, but, as I’m lucky enough to have a job that revolves around my main hobby, escaping from books was never really my intention anyway!

As a passionate advocate of reading for pleasure, I often find it frustrating that talented children’s authors don’t receive more critical acclaim in the realm of literature. Engaging today’s children in the act of reading is a difficult task when there are so many competing forms of entertainment, and yet so many authors are not only able to attract and sustain their interest, but do so by deftly weaving together a multitude of fundamental components- well-rounded characters; universal ‘truths’; important social issues; humour; emotional depth; and an abundance of imagination. Ultimately, the ingredients of a high calibre piece of literature aimed at young people are no different from those of literature for adults, yet children’s authors often go unrecognised when it comes to achieving literary merit. Rather than simply be judged as pieces of fiction, books written for children/young people are ignored or disregarded when it comes to major literary awards, such as the Man Booker, and are generally labelled ‘Children’s Literature’ or ‘Young Adult Fiction’ instead of simply being regarded as ‘Fiction’ or ‘Literature’.

Anyone who read voraciously as a child will know that the stories that make an impact on us as children tend to stay with us for the rest of our lives, and are often re-read over and over. I’ll never forget Susan and Lucy weeping into Aslan’s fur following his brutal death at the hands of the White Witch in The Lion, The Witch and The Wardrobe, or Amy’s cry of ‘Oh Jo, how could you? Your one beauty!’ after Jo March sells her hair in order to pay for her mother’s visit to their injured father in an army hospital in Little Women. These stories, amongst others, moulded my personality, shaping my attitude towards the world, and, ultimately cultivated a deep and unrelenting passion for words, stories, and people. Without them, I have no doubt that I would have developed into a very different sort of adult. 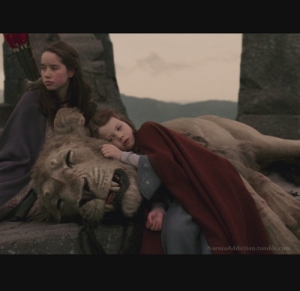 With that in mind, I thought I’d share a few of personal book/short story recommendations for young people based on my experience of reading with them. There are still many amazing works that I have yet to read, and some of the ones I have listed have been included on the basis of their appeal to children/teenagers rather than their literary merit, but I firmly believe that anything which engages someone in reading has some value. Of course, ‘great’ literature is important, but I don’t think anyone will dispute the role that all books play in forming the foundations from which we build a love of reading. As I work with children who are usually between the ages of 11 and 16, the titles are aimed towards that age range, but some are suitable for younger readers and, of course, as I have greatly enjoyed them myself, I would recommend all to adults!

• Mick Jackson’s The Pearce Sisters always provokes extreme reactions from teenagers and adults! It includes what some might describe as gratuitous violence, so may not be acceptable reading material to some parents, but raises some very interesting questions about gender and morality. I recently discovered a Bafta award winning short animated film based on this short story. It’s only approximately 10 minutes long and is quite amusing, so I’d recommend watching this too (after reading the story!). 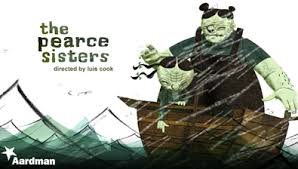 • My Sister Lives on the Mantelpiece by Annabel Pitcher is a novel that I read for my 30 Before 30 Challenge and subsequently blogged about (if you want to read my thoughts on it, the post is in my April 2014 Archive). It’s a beautiful, tear-inducing read, probably more suited to older, more mature teenagers and young adults, which encompasses such issues as death, grief, terrorism, divorce, alcoholism, and bullying.

• Percy Jackson and the Lightning Thief by Rick Riordan is a fast-paced, fun fantasy-adventure novel which blends mythology with the modern world, making Greek myths more accessible to children in the 21st century.

• The Secret Garden is a classic tale with timeless appeal. Although recent editions nearly always seem to have a stereotypically feminine design, I’ve discovered that quite a lot of boys also tend to enjoy Frances Hodgson Burnett’s story of friendship, nature and positive thinking in early twentieth century England.

• David Almond’s Skellig is one of the best children’s books I’ve read in a long time. Tense yet poetic, it never fails to grip the attention of readers (including me!) within the first few chapters. It could be described as gothic literature, with the whole plot revolving around a ten year old boy’s discovery of a mysterious creature in the garage…

• Anthony Horowitz’s short horror stories are fantastic at engaging reluctant readers, particularly boys. The Hitchhiker is always very well-received, and Flight 715 also gets a lot of positive comments. If you’re particular about what your child reads, however, it would be worthwhile reading them before your child does; they could potentially be nightmare inducing!

• Malorie Blackman’s Noughts and Crosses (or Black and White as it was retitled) is the first in a series of dystopian novels which imagine an alternative world history- one in which black Africans (Crosses) are regarded as superior to white Europeans (noughts). Essentially, it is a powerful and thought-provoking tale of racial segregation with a Romeo and Juliet style love story at its heart.

There are many others that I would recommend, and, no doubt, numerous fantastic books that I’ve failed to include simply due to the fact that I haven’t yet read them, so if anyone has any questions/personal recommendations, please don’t hesitate to get in touch- it’s always good to share the book love!